Mustang 2.2.1 adds support for references to orders on line level which was the last required attribute to send XRechnungen to the Deutsche Bahn AG.

Mustang 2.2.0 adds support to validate orders in the Order-X standard and fixes some other issues. 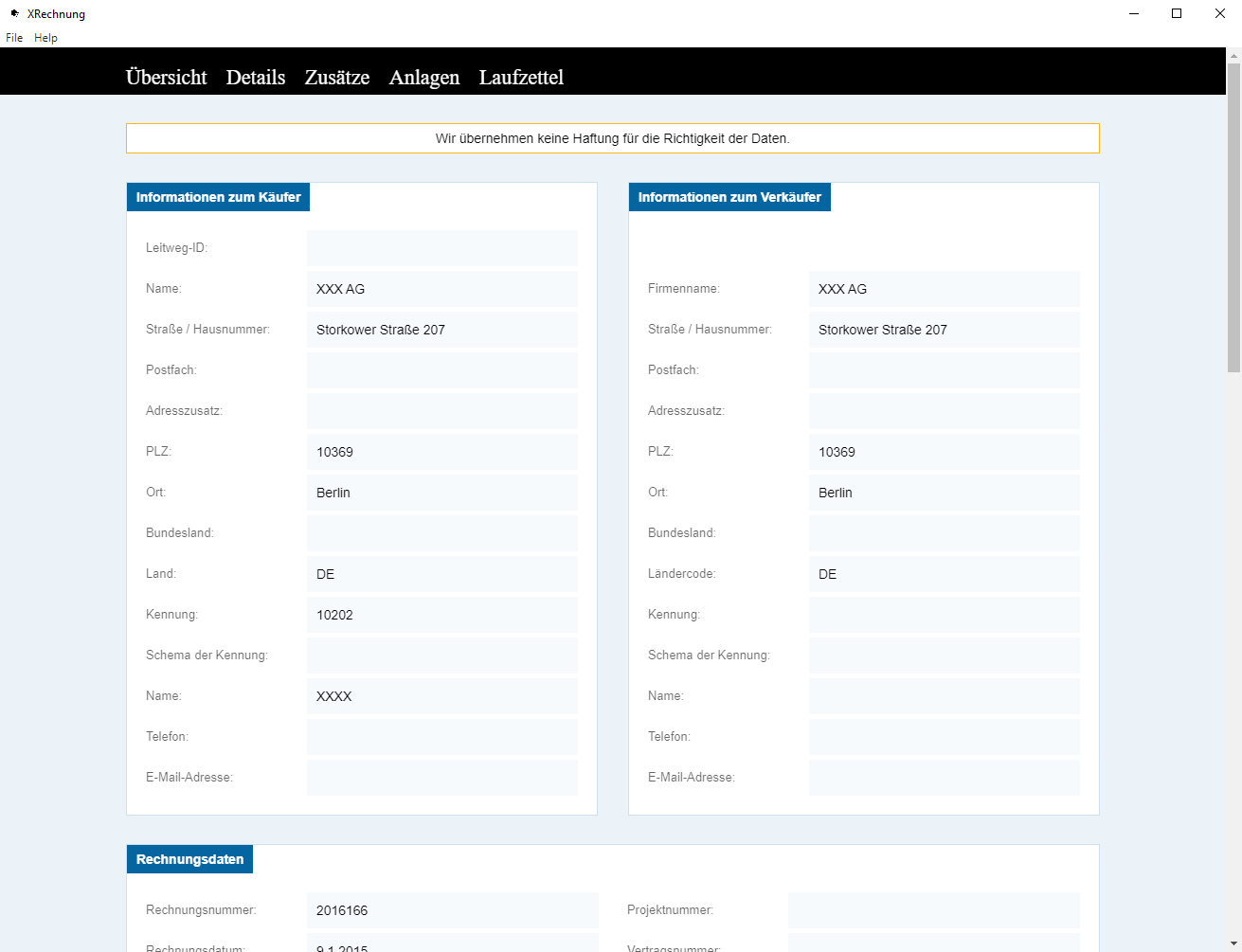 Some people from the Mustangproject are also involved in the open-source electron based e-invoice viewer “Quba” which released it’s first preview version (“0.1”) today, starting with UN/CEFACT CII support in a version for windows. The announcement has more details and of course the home page has a download button since today.

Mustangproject is an open source e-invoicing library and toolkit.
It helps companies to process electronic invoices by providing the functionality to read, write and validate them.

Instead of ZUGFeRD 1, ZUGFeRD version 2 is now the default choice and the library is now available via Maven Central, making it even easier to embed. It’s interface has been enhanced and Mustangproject now supports absolute and relative charges and allowances on item and document level and embedding additional files.

The validator component, which had been developed separately under the project name “ZUV”, has now been merged into
the mainline project and development will be continued there.
It allows the automatic syntactical and arithmetical check of electronic ZUGFeRD 1 and 2 as well as XRechnung 2 invoices.

So far, Mustangproject supported the e-invoice standards Factur-X/ZUGFeRD 2.1, the new release adds support for version 2.1.1 with the
ZUGFeRD “reference profile” XRechnung, as well as a native XRechnung export.

Mustangproject 2.0 will be published on 2020-11-12 between 16:00 and 17:00 CET on it’s Homepage and Maven Central.
Until then, the current alpha-3 prerelease can be tested. Further details of the upcoming release can be obtained from it’s release notes.

The third prerelease of version 2 of the e-invoicing library Mustang is also available for Gradle via Maven Central since October 24th. Furter details can be obtained from the release notes.