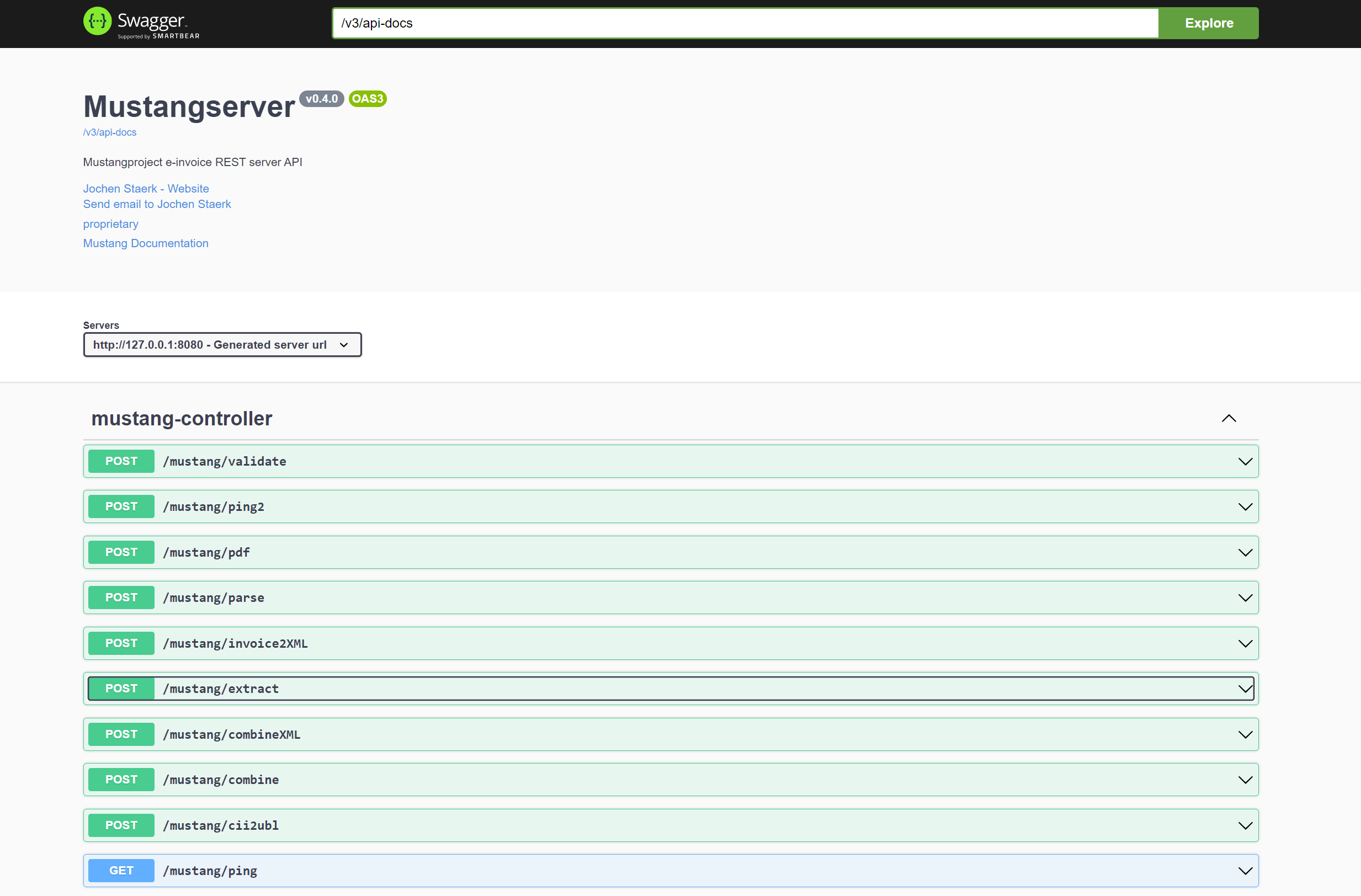 Mustangserver provides a REST-API for the java based Mustangproject.
Documented in OpenAPI, the Swagger Editor can be used to generate Clients in 56 programming languages.
You can try the functionality as usual via Postman, which can also import the OpenAPI definition, but also with the interactive HTML-Client, which also shows how the request would look like as curl command.

It can be hosted in house, or as a service on a German server, authentication via oAuth and with solid API management which includes possible later load balancing and possibilities to on the fly transform request/responses if required.

The following Mustang functionality is available:

Mustangserver is implemented in Spring Boot, for the in house version you could choose between Docker, a runnable Jar-file with embedded Jetty-HTTP-Server and a Web-Archive (WAR) file, which you can deploy on many servlet containers.

Sign up here for the free beta and news:

We will use your e-mail-address to send you download links and notification about
new releases and the beta status of Mustang Server using our service provider “Sendinblue”.
Even during peak times, this amounts to only around one e-mail per week.
This subscription (and the participation in the beta until it ends) is free of charge,
you will receive a initial email to confirm your e-mail-address and of course you can
cancel this subscription and with it, your participation in the beta, at any time.